The release of new television series and the release of a wooden ship model kit aren’t things that often go together. So, seeing the new HMS Terror kit released by OcCre of Spain and the new series, The Terror, on American Movie Classics, was quite a surprise. 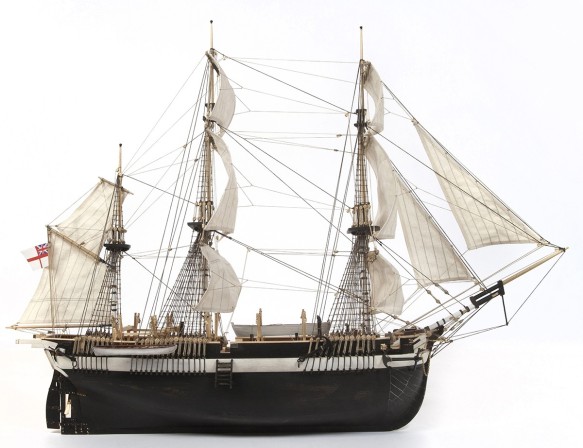 What’s special about the new kit from OcCre is that it’s based on the work of ship modeler Matthew Betts, who researched the subject for years in the construction of his scratch-build model of HMS Terror. Mister Betts describes the building of his own 1/48-scale model and his research in detail on his blog site, which you can find at: http://buildingterror.blogspot.ca

The 1/65-scale OcCre kit can be purchase from the Spanish company’s website for €99, at http://www.occre.com, or in the U.S., from Ages of Sail for $149 here: http://www.agesofsail.com/ecommerce/hms-terror-occre-oc12004.html

Having looked at the kit information, this appears to be a very good deal.

If you haven’t seen the series yet, it’s based on a novel by the same name, by author Dan Simmons. It follows the arctic explorations ships HMS Terror and HMS Erebus, both originally built as bomb vessels but modified for arctic operation, in their search for the fabled Northwest Passage. The crews face the elements, being trapped in the Arctic ice, disease, starvation, plus something much more sinister out on the ice that is killing them off one by one. 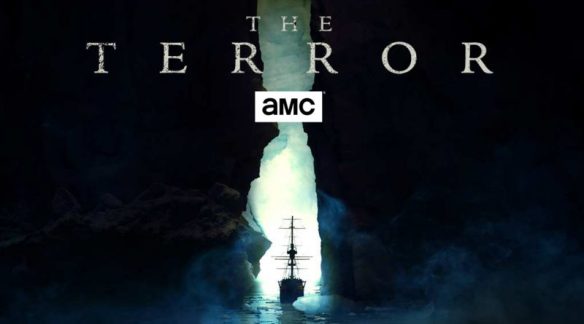 The series premiered on March 25, 2018 and the episodes can be seen on AMC and are available for purchase on iTunes. Here’s AMC’s own website on their new series: http://www.amc.com/shows/the-terror

In any case, we’ll be looking forward to seeing some builds of this kit (and more episodes of the series). Ω