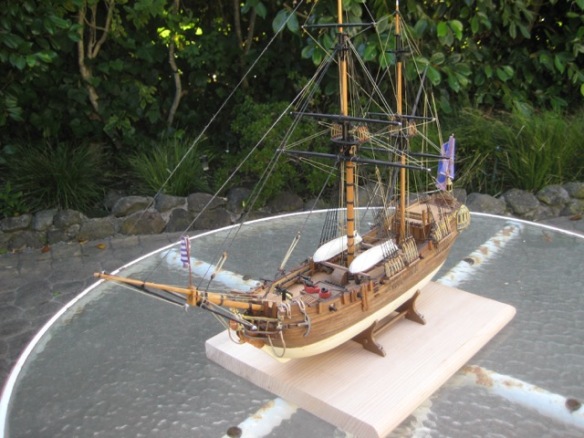 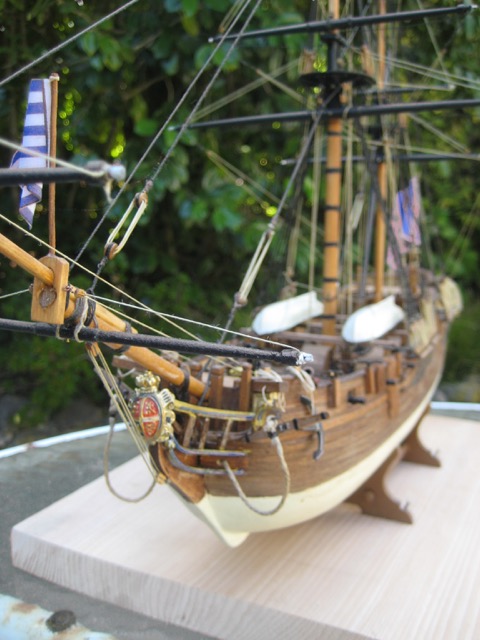 The kit, listed as Nave Bombarda, is a 1/75-scale plank-on-bulkhead kit of an 18th-century ketch-rigged bomb vessel. He got the model from member Leo Kane, who hadn’t started the kit yet, and who originally bought it from Ages of Sail. Sadly, the kit is no longer in production and is difficult to find now.

Paul sent these photos along, but we haven’t seen the completed model in person. I’m hoping that we’ll have a chance to get a better look at it at the next meeting of the shipwrights, which is this coming Saturday. I think everyone’s going to be amazed at how Paul did such a beautiful job in what’s probably not more than 6 month’s time! 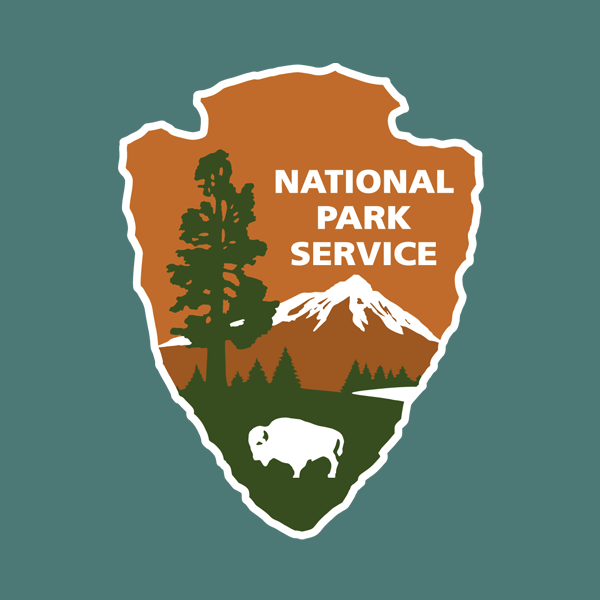