We had a nice meeting of the Hyde Street Pier Model Shipwrights aboard the ferry boat Eureka yesterday. Good turnout, interesting talk, news from members, and all. We even made some decisions and got started on cleaning up and cataloging our library of ship plans, books and media. So, at the end of the productive day in workshop, heading back to our cars, Paul Reck and I decided to stop in at the Aquatic Part Bathhouse Building which is home of the Maritime Museum (or what remains of it), and visit the Gracie S.

The model was built by members of the club, including yours truly, though I had a relatively small part in it compared to Paul, Tom and Bruno. 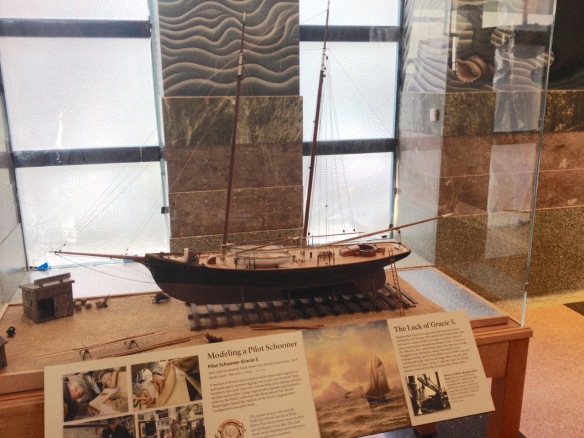 The Gracie S. model was built at a scale of 3/8″ to the foot or 1:32, and I can’t exactly recall how long it took to complete. Group builds can be slow, particularly when they are worked on primarily in our model shop.

The neat little shipyard diorama was mostly Paul Reck and Tom Shea’s work and it really adds life to the model. Paul commented that his neighbor also had a hand in it, contributing an old board from his fence which was used to build the sheds in the display.

What’s particularly nice about this display is that the museum put together the information board, showing photos of club members working on the model and describing our group and how to find us. You can even see my hand and belly in the first photo… 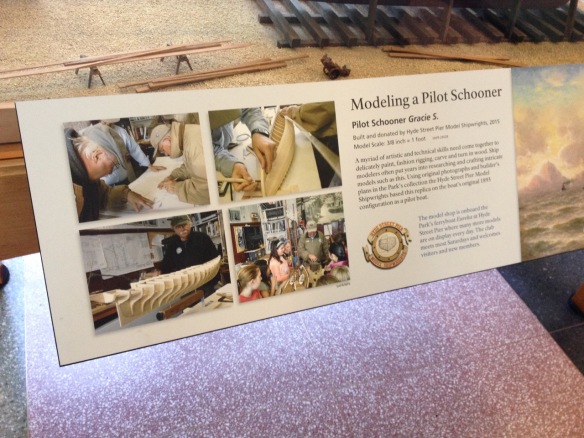 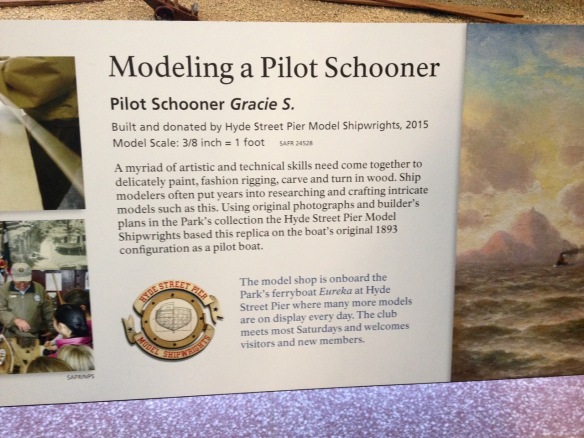 It’s nice to see that the model has a good home, is viewable by the public, and that it reminds visitors that people still build ship models. Time to go home and build more…